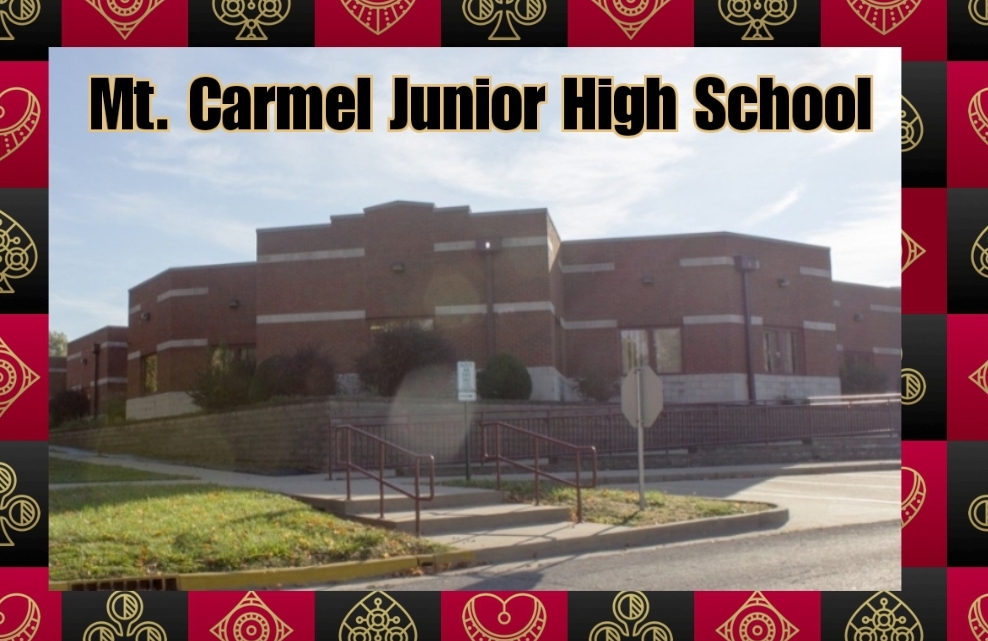 Previously the junior high students (6th – 8th grade) were in the newest building in the district with state of the art facilities. Although the academic side has moved, MCJHS still uses the “new” school facilities as our “home court” for nearly all of our home ball game). Although people often refer to it as the “new” school, that building has actually been around since 2001. The facility was financed through a matching grant from the state. Construction began in January 2000 and after 18 months of construction, school was ready to start for the 2001-2002 school year. Prior to the new school being built, North School, which is now referred to as NICE (North Intermediate Center of Education), housed the middle school students and even included 5th grade in their configuration. Interestingly enough, prior to moving to NICE, the junior high students were located once again at the high school at 201 N. Pear St. It is neat to see how life brings us around in circles.

MCJHS focuses attention on the four core subjects of Language Arts, Social Studies, Science, and Math. Students attend each of these courses every day for the entire school year. These classes are a mix of both heterogeneous (i.e. mix of ability levels) and homogeneous grouping (i.e. advanced level courses) in order to maximize learning for the students. In addition to the four core subjects, students attend “Encore” classes, which include band, choir, family and consumer science (FACS), general music, technology skills, health, and physical education. Recent and past studies indicate how important these courses are in the overall learning of a child. Students can also opt to take an additional encore class during their study hall. Each of these courses operate on an every other day schedule for the year. Also, students have physical education for three quarters and then health for one quarter.

The curriculum taught through these classes is based upon the New Illinois Learning Standards, which are based upon the Common Core State Standards (CCSS) in English/Language Arts and Math. The premise behind these standards is to develop a set of guidelines, which each school in many different states will be teaching similar material at the same grade levels. To ensure fidelity with the curriculum, the students take a computer-based assessment called the IAR (Illinois Assessment of Readiness), which was previously called PARCC and then before that was the ISAT.
Special education programs within both the district and the school are very well known for their high quality. MCJHS employs two resource teachers and two assistants to work with students who have individualized education plans. Much of the assistance is provided within the regular education setting.

All programs selected for the school are researched based programs to ensure success of the program. In addition to the state testing, MCJHS utilizes Aims web testing in both reading and math (both nationally normed) to keep a pulse on student learning and the effectiveness of the programs. Positive Behavioral Interventions and Supports (PBIS) is one of these researched based programs. PBIS is a framework to develop, teach, and acknowledge positive school wide behavior. MCJHS has done so well in implementing PBIS, they have been asked to present their success at state-wide conferences.

Technology is another area that has grown rapidly at MCJHS. They currently have a computer lab, projectors in every classroom, interactive whiteboards in 7 classrooms, and hand-held devices to collect information from students. Increasing technology is imperative when working with students who were born at a time when many people have computers in their hand.

Extra-curricular programs are yet another staple of excellence at MCJHS with many Jr. NEC and Regional Championships in Boys Basketball, Girls Basketball, Volleyball, Track, Scholastic Bowl, and the newly added junior high wrestling program in 2018. In 2010, the Girls Basketball Team received the top prize of State Champions and then the Boys Basketball Team echoed back with their state championship title in 2015. MCJHS teams have a reputation for being one of the toughest teams in the conference and they are also known for their great sportsmanship. MCJHS also offers club activities for programs such as: Student Leadership Council (SLC), Cheerleading, and Yearbook. MCJHS also has excellent music programs such as: pep band, jazz band, 7th -8th grade band, 7th-8th grade chorus, and the touring Varsity Singers.

The students and staff of MCJHS also participate in many service projects where they give back to the community. They have food drives, give Christmas gifts to nursing homes, send cards and gifts to U.S. military personnel, and most recently purchased a bench to honor one of their own students who died. The students also participate in community writing projects sponsored by organizations such as the local Daughters of American Revolution, American Legion Auxiliary, and the Women’s Club.

MCJHS Principal, Steve Holt, said, “I am very proud to be working in such a beautiful facility, with great students, supportive parents and community, and such caring and wonderful staff.”

Tonight from 4:30-7pm!Happening TONIGHT! We look forward to seeing you all at the fairgrounds for some fun fall projects and games. ... See MoreSee Less

ADULT HAPPY MEALS ARE AT MTC McDs!It's here! The Cactus Plant Flea Market Box for adults! Choose between a Big Mac or 10pc Chicken McNuggets, with a Large Drink, Large Fries, and one of our collectible figurines!#CactusPlantFleaMarketBoxAvailable for a limited time while supplies last. ... See MoreSee Less