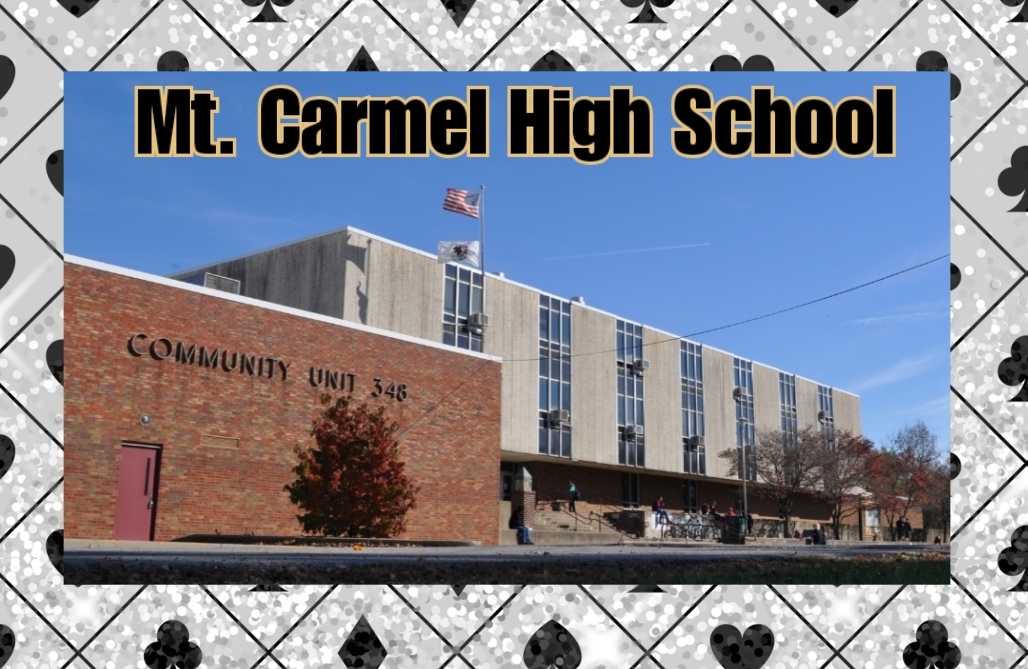 History- MCHS Structures
In 1882, two young ladies graduated from a building which stood on the site of the present high school structure. There were no graduates in 1891, but after that point, enrollments and graduations soared, reaching a record high of 217 with the class of 1971.
The site of the Old Seminary School, which the first graduates attended, was purchased in 1858 for $300, and although the present high school campus has greatly expanded from these original two lots, the property been used for educational purposes since that time. The old Seminary building was razed in the early 1890’s and a white frame building was constructed and was used as an elementary school for many years.
In 1892, a building at the corner of Eighth and Mulberry Streets, (where the Public Library now stands) was erected specifically for the high school and called Lincoln High School. The building was used as such until 1914. The building was used as Lincoln and Central Elementary School until 1948 when the safety of students within the building was questioned. The school was razed in the late 1950’s.
A new state-of-the-art high school building was completed in 1914, with great fanfare to the community. The building stood on the current site of the high school, but the entrance faced Second Street between Pear and the Bluff. This was a very up-to-date building for its time, providing facilities for manual arts, laboratory science, and business courses and a gymnasium with equipment which would have been considered elaborate for the time. This gymnasium, for years, affectionately called Gym 2, and the Library are still being used today!
During the late teens and early twenties, Mt. Carmel was a basketball juggernaut and with the growing popularity of basketball, additional bleachers and balconies were installed. The school’s enthusiasm for basketball climaxed with the State Championship of 1927, which led to the construction of the current gymnasium to accommodate the large following of fans. The new gym was attached to the new Junior High School building in 1930. The structure was used as the town’s Junior High until North and South Schools were built in 1956. The building, which faced Third Street, was then annexed into the high school and was referred by many as, “the North Building” or “Old Building.” That structure was razed in 2000 and a new single floor building was constructed around the 1930 gymnasium.
Twenty years passed before the next round of improvements, which included an agriculture building, music facilities, cafeteria, homemaking wing, and a connecting corridor on the Pear street side between the two buildings. The cafeteria and the agriculture wings are the only parts of this 1951 edition that are still used today.
The stadium property was acquired in 1928, after a failed attempt by local businessmen to start an auto race track. The concrete bleachers were Phase #1 of a proposed three stages of seating, but due to lack of financial success, went under financially. The property was sold to the District for an undisclosed amount, although legend has it that the group sold the property for $1, but there is no confirmation of this story. With this addition, the campus doubled in size and has become a sight for area sports fans to visit with the unique bluff seating. The Golden Aces have had unpatrolled success on the gridiron at Riverview Stadium with a State 3A Football championship in 1981 and runner-ups in 1974, 2001, 02 and 2011. The facility was added on to over the years with a Stage and locker room being added during the late 1930’s. A concession building was added during the early 1990’s, press box was added in the late 1990’s, after a fire destroyed the old block press box and, the all-weather track was completed in 2005 and a track storage building added in 2008. Over the years, the main football game field has been improved and a practice field and a band practice area were added. These projects were sponsored by the Mount Carmel Sports Booster Club, Alumni, and many area businesses.

February 2, 1962 was a date that all in Mt. Carmel would remember forever, as a disastrous fire, of unknown origin, began shortly after midnight that would consume MCHS. Several fire departments from surroundings towns came to fight the blaze but it was brought under control by the arrival of an Evansville Fire Department snorkel truck. By that time, the 1914 building was gutted and judged totally destroyed, Only the town that housed the gym and library were able to be salvaged.
The rebuilding was a fast moving project. Some consideration was given to moving to a new suburban site, which was the popular trend of that day, but it was decided to remain at the historic location. Between bond sales and insurance money, a new structure began construction in the fall of 1962 and the building was occupied by the spring of 1964.
A tax referendum was passed in 2000 and the old North Building was to razed to make way for a single floor wing area which was completed for the fall of 2001. This new wing was equipped with central air conditioning and housed the music, social studies, business and health/drivers education departments. Starting in the fall of 2017 the Junior High is now housed in this edition and the high school was crowded into the 1914 and 1964 structures.
During the 2010-2011 school year FFA Alumni, other individuals and businesses raised funds to construct a greenhouse on the bluff side of the school’s property. The greenhouse was completed in the spring of 2011.
With the help of the MCHS Alumni and other interested groups, the 1964 auditorium was revamped to included new seating and a sound and lighting systems.
There have been over a hundred Mt. Carmel graduates’ inductees in the Alumni Hall of Fame with many more to be named over the next five years. Several MCHS graduates are respected, influential individuals who have become leaders in all industries nationally and worldwide. The Alumni Association continues the dream of our present students to “believe to achieve” and the group continues to be great asset to our school system!

It would be an impossible task, after 140 years, to list the achievements of the high school, but suffice it to say, every student has had an effect upon their lives by friends, teachers or coaches that they met here at MCHS and those students have had major affects upon the environment of not only their families, the community, but within the State of Illinois and the nation. The students are the greatest accomplishments of Mt. Carmel High School! May this tradition continue and grow!

Error: (#10) This endpoint requires the 'manage_pages' or 'pages_read_engagement' permission or the 'Page Public Content Access' feature. Refer to https://developers.facebook.com/docs/apps/review/login-permissions#manage-pages and https://developers.facebook.com/docs/apps/review/feature#reference-PAGES_ACCESS for details.
Type: OAuthException
Code: 10
Please refer to our Error Message Reference.