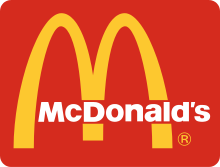 The Mt. Carmel McDonald’s is currently operated by Larry and Sevin Lovelace. Larry Lovelace has years of experience with the company, as he started working there during the summer in high school. After high school Mr. Lovelace attended college as a vocal music major and continued working for the McDonald’s corporation.

After college Larry found that he did not really desire to be a music teacher, although he was enjoying music ministry at his local church. He decided to inquire about a Shift Manager position at McDonald’s, much to the disagreement of his parents. Larry continued to grow within that local store even meeting his wife, a fellow co-worker, at that McDonald’s.

Over the years Larry transitioned to supervisor and then director of his region and Sevin had transitioned into a supervisor role as well. Having come from humble beginnings the Lovelace’s were reluctant to take the financial risk of operating their own store. It was one day after a seminar for McDonald’s that Larry felt led to take the risk.

In 2013 the Lovelace’s opened their first store in Piggot, AR, a small community of about 3,000 residents. After being blessed for 2 years in that location the opportunity to get a store in Morganfield, KY presented itself. By 2017 the couple had taken on 4 stores in this region, including the Mt. Carmel location.

The Lovelace’s truly care about their stores, employees, and the communities in which they belong. They are not afraid to jump behind the counter and help, and they know each role well having performed them over the years. Larry admits, “after all these years I still love McDonald’s food items, I could eat there every day and never get sick of it.” He also comments on the 100% all beef used at McDonald’s, stating that “all beef is pure and despite many rumors that it isn’t, that’s just simply not true.”

In 2018 McDonald’s will be introducing “straight off the grill beef” featuring ¼ pound burgers that have never been frozen and made to order. Kiosk ordering in stores is also something customers can look forward to in 2018. Larry encourages the community to take advantage of the McDonald’s App. This App is easy to download to any smartphone and offers daily specials and discounts. The McDonald’s App also makes ordering and picking up food easy even cutting out the need to sit in the drive-thru line.

McDonald’s is the largest toy distributor in the world! Their famous Happy Meals and Happy Meal toys have been bringing joy to customers for years. McDonald’s has also created a variety of healthier food items for those who are looking to eat on the lighter side. They have a new Value Menu that is featuring many items at a great price, with something for everyone.

We encourage you to check out our local McDonald’s and enjoy something delicious today or check out the many employment opportunities being presented in the local community. We congratulate the Lovelace’s on their accomplishments and look forward to the improvements they are making within the Mt. Carmel store.

Error: (#10) This endpoint requires the 'manage_pages' or 'pages_read_engagement' permission or the 'Page Public Content Access' feature. Refer to https://developers.facebook.com/docs/apps/review/login-permissions#manage-pages and https://developers.facebook.com/docs/apps/review/feature#reference-PAGES_ACCESS for details.
Type: OAuthException
Code: 10
Please refer to our Error Message Reference.